You've heard about Intuitive Eating, and how it might help you drop all the shoulds & shouldn'ts that keep you feeling confused about your diet.

But let's be honest: you're feeling confused...it seems daunting.

You're wondering, "Can I even do this? Is it really for me?"

If the "rules" from food "lifestyles" past – paleo, low carb, keto, 30 day challenges, oh my! – are haunting you, this free training is for you.

How to Ditch the Dieting Mindset

Learn why intentional weight loss is so tempting, how to stop binge eating and guilt, and what the hell else to focus on instead. 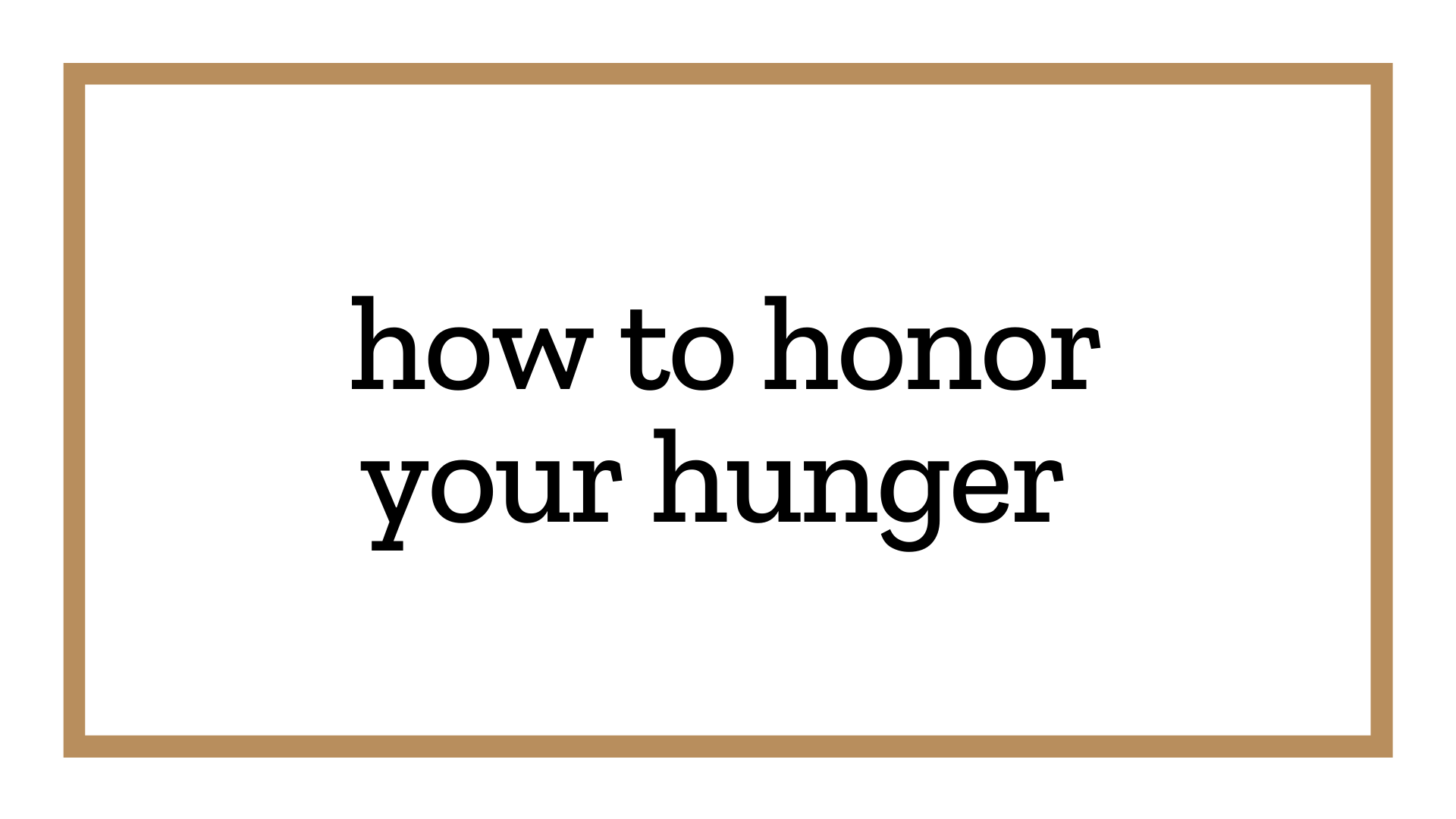 How to Honor Your Hunger (Without Eating the Entire Pantry)

In this lesson, I'm pulling back the curtain on how to honor your hunger without losing control...and sharing one of the biggest mistakes women make with intuitive eating. If your relationship with MFP has turned rocky, tune in.

Learn why trying to resist "off limits" foods always fails and how to stop a binge before it starts. If your efforts to "eat clean" fail after a few days, this lesson is for you.

Do the voices of what you should and shouldn't eat from paleo, low carb, w30, keto, or clean eating pipe up every time you eat? Do you feel confused about the "right way" to eat? This lesson is for you.

How to Stop Emotional Eating

Emotional eating can be so confusing and frustrating. In this lesson learn WHY it happens and discover the four questions to ask yourself in order to stop it.

Make Intuitive Eating Work for You!

Get the Free Training Series

YES, I WANT IT

My mission is to help strength-driven women stop obsessing about food & their bodies so they can make a bigger impact in the world.

I'm a Certified Intuitive Eating Counselor, Nutritional Therapy Practitioner, and USA Weightlifting coach who has been working in the online nutrition space for over a decade.

I totally know what you're going through...

My wonky relationship with food followed me straight from my Weight Watchers diet days into my paleo "lifestyle" days.

I did clean-eating and macro-counting instead of "dieting" and calorie-counting.

But, I still felt like food ran my life.

I was terrified to take a rest day from the gym.

Though paleo was a stepping stone away from traditional "dieting", it did NOT resolve the messed up beliefs I had about food.

I had to go one step further and become an intuitive eater.

Now, I help former paleo-primal-low carb-keto-30 day challenge eaters like me who feel trapped by all the "rules" do the same and get free.

Make Intuitive Eating Work for You!

Get the Free Training Series

YES, I WANT IT